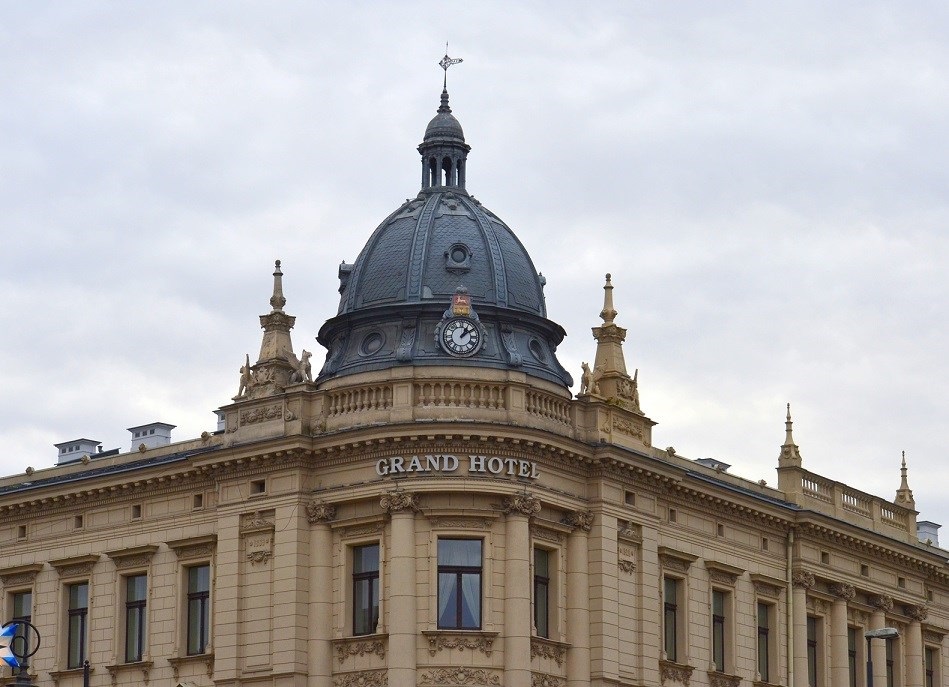 This impressive building was built in 1900 according to the design by Gustaw Landau Gutenteger. Situated on the corner of Krakowskie Przedmieście and Kołłątaja Street, the majestically looking eclectic edifice has two representative facades crowned with a cupola with a lantern. Renamed in 1926, the Bank of Lublin Industrialists and Farmers offered affordable loans for the development of local entrepreneurship. During World War II the building was claimed by the Nazi occupants who established the German House there. In 1951 the State Treasury designated it to be a hotel. In the years 2001-2002 the building was thoroughly renovated and its original features restored. Then it became an elegant four-star hotel.