St. Joseph’s Church and the convent 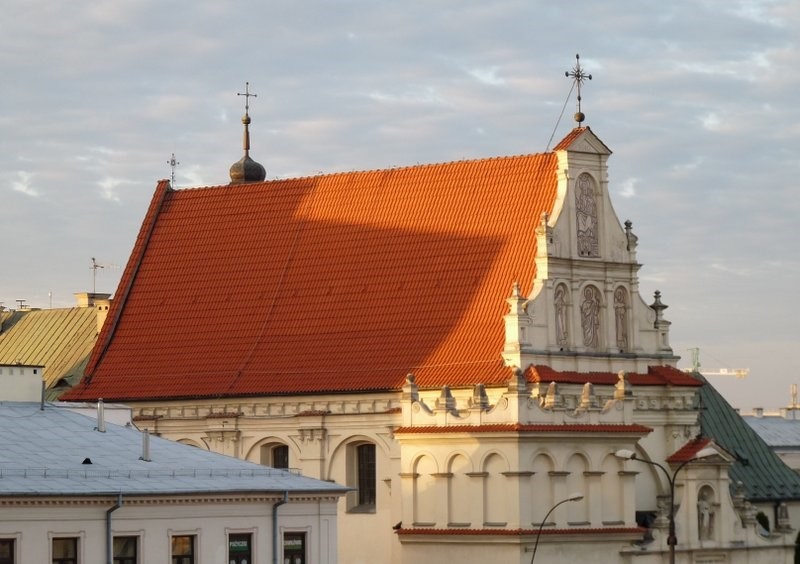 Before it was turned into a convent, the building in Świętoduska Street was a Renaissance fortified manor owned by the voivod Rafał Leszczyński, leader of the Lublin Calvinist community. It was built in the years 1619-1622 by Jakub Balin and bought by the Carmelite Sisters. The adaptation of the building lasted from 1630 to 1635. When the convent was completed, the construction of the church began (1636-1640). Founded by Katarzyna Ligęzina, St. Joseph’s Church was erected as an oriented, one-nave temple without a tower. It has a façade which is crowned with an ornamental gable, a barrel vault and stucco decorations characteristic of the Lublin Renaissance style.

In 1807 the Carmelite Sisters were relocated to the convent in Staszica Street and the building was given to the Discalced Carmelites, whose monastery in Krakowskie Przedmieście burnt down in a fire.

After the dissolution of the order in 1864, the building of the convent served as military quarters, and at the end of the 19th c. – as a prison. At the turn of the 20th c. during the renovation, a neo-Renaissance attic was built on the bell tower and the gable was embellished with sgraffiti by the painter Władysław Barwicki. The Carmelite Order reclaimed some of the buildings in 1917 and the rest - in 1988. The interior décor is in a Baroque style.