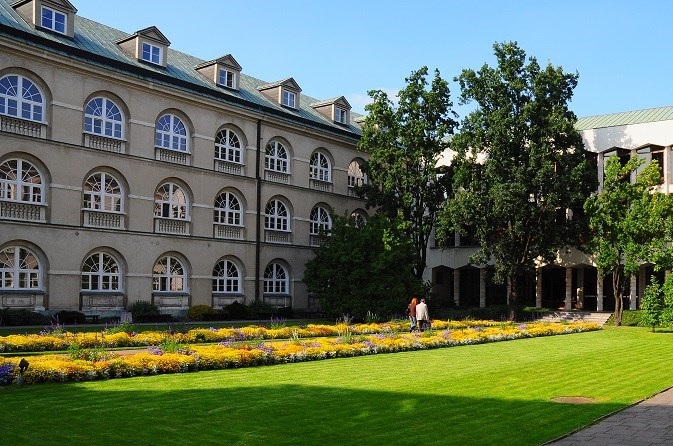 The Catholic University of Lublin is the oldest higher education institution in the city and the first Catholic university in Eastern Europe. It was established in 1918 on Idzi Radziszewski’s initiative, who later became the first rector. The university was housed in the former monastery of St. Louis Bertrand’s Dominican Order, which during the time of partitions of Poland was converted into army barracks still used until the 1920s. The buildings have remained university property to the present day. In the 1970s a fire destroyed the frontal part of the facilities and they were reconstructed in a more modern style. A new imposing edifice of John Paul II Institute was erected next to the historic buildings at the turn of the 21st c.

John Paul II was chosen as the patron of the university not only for his merits as the Pope but also because of his close connections with Lublin. For many years Karol Wojtyła lectured here and was head of the Ethics Department in the Philosophy Faculty. He gained recognition and became anointed bishop, then archbishop, cardinal, and eventually the Head of the Catholic Church.

The monument in the university yard presents John Paul II and Stefan Wyszyński, Primate of Poland, in a symbolic embrace during the inauguration of the pontificate. In 2007 the Museum of History of John Paul II Catholic University was opened, which presents historical background and academic achievements of the institution. The university is involved in many scientific, cultural and social projects – Leszek Mądzik’s Fine Arts Scene being one of the best-known examples.