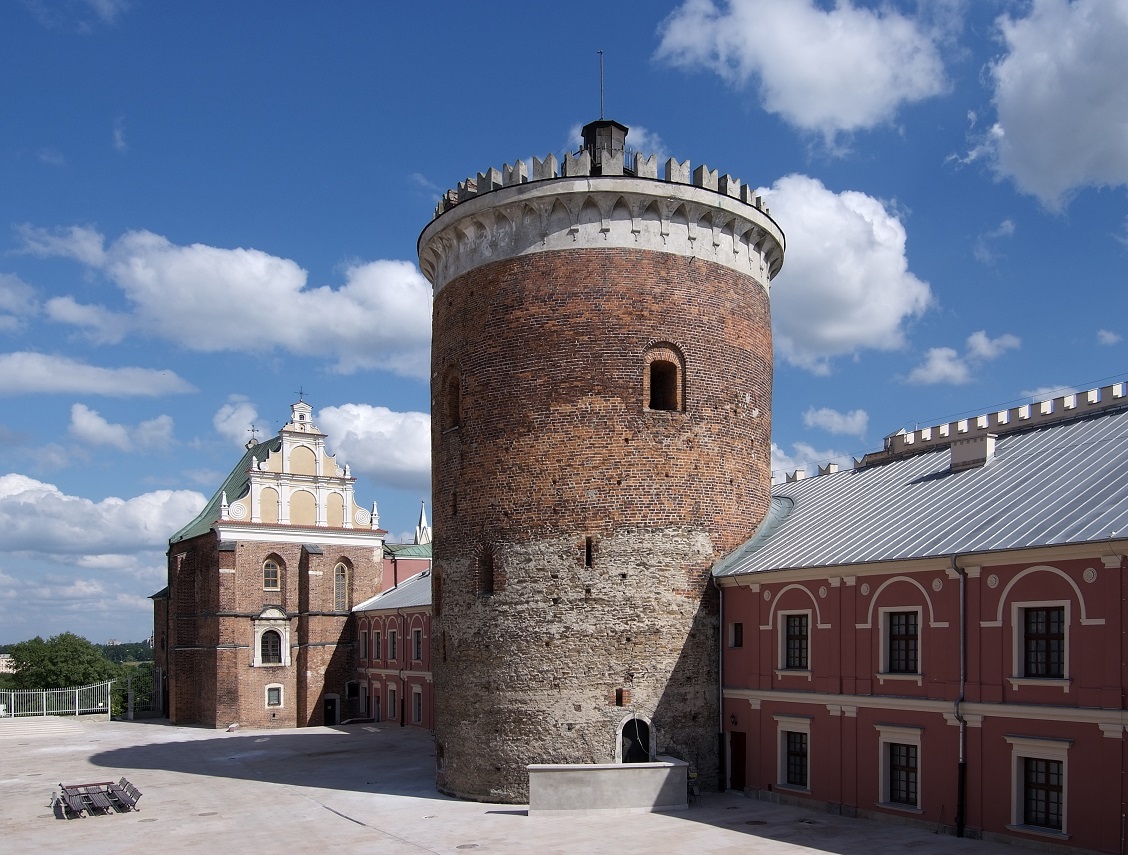 The castle tower, also known as the keep or the donjon, is the oldest building on the castle hill and at the same time in the whole of Lublin. It was probably erected in the second half of the XIII century. The tower is about 30 meters high and its walls on the ground level are up to 4 meters thick. The lower part of the tower is made of limestone and the upper part is made of bricks arranged in the monk bond.

A spiral staircase running within the thick walls leads to three floors. At the top storey you can see a bifora - a window opening typical of Romanesque buildings, divided into two parts by a stone column.

For centuries, the tower served defensive and, sometimes, residential functions. In the XVI century, it served as a prison for the nobility. Also in XX century, just like the Castle, it served the same purpose - during World War II, when it housed a Gestapo prison, and in the years 1944-1954, it served as a political prison of the NKVD and secret political police.

Currently, there are historical exhibitions in the tower and on its top there is an observation deck, which offers a wonderful panorama of the Old Town, Podzamcze area, and the central and eastern part of Lublin. Tickets are available at the museum ticket office or in the ticket machine in the castle courtyard.