Church of the Immaculate Conception of Our Lady 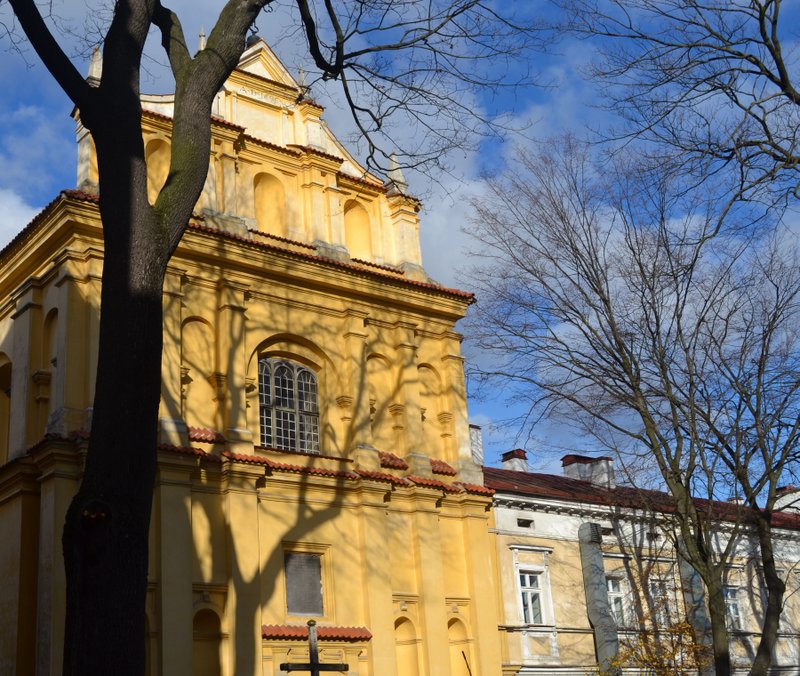 In the mid-17th c. Mikołaj Daniłłowicz and his wife Zofia nèe Tęczyńska initiated the construction of the second convent for the Carmelite Sisters in Lublin and of the Church of the Immaculate Conception of Our Lady. However, a shortage of funds delayed the building process and it was not until the beginning of the 18th c. that the church was finished, owing to financial support from Elżbieta Sieniawska, and consecrated in 1721.

The church was erected on a Latin cross plan. It has a typical Lublin Renaissance façade with vertical and horizontal divisions, pinnacles on both sides and a triangular gable. Situated north of the church, the Carmelite convent was originally designed as a quadrilateral building with a cloister.

In 1807 the Carmelite nuns from St. Joseph’s Church were relocated into the convent. In 1809 a part of the building was converted into a military hospital – called St. Vincent de Paul Hospital from 1818 and run by the Daughters of Charity (the Grey Sisters) from 1826. The Carmelite Sisters eventually left the convent in the 1870s. At the turn of the 20th c. all the buildings were thoroughly reconstructed and extended. Since World War II the whole complex has been used by the National Clinical Hospital.