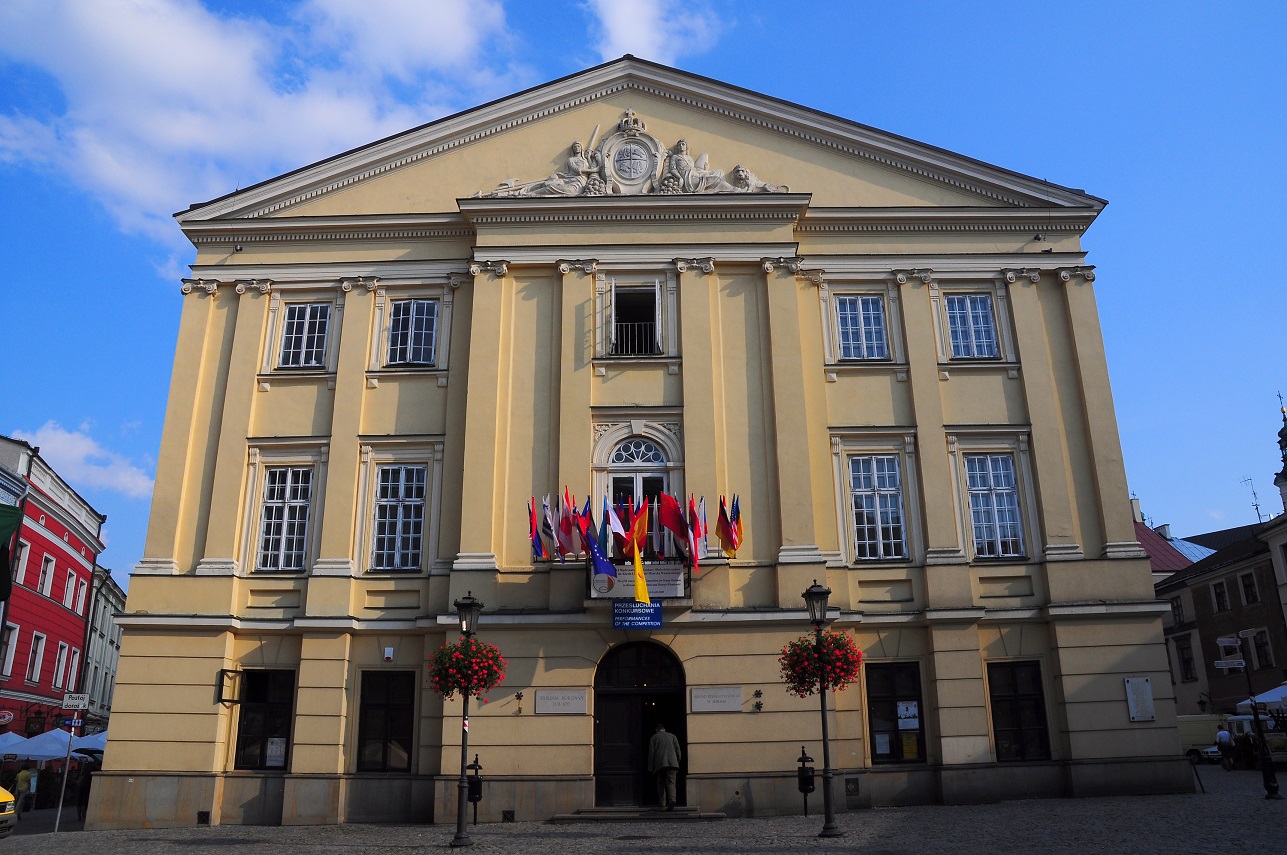 In its heyday this outstanding edifice situated in the centre of Market Square served as the Crown Tribunal (1578 – 1794) – the highest judicial instance for the nobility from the whole Małopolska Region, established by King Stephen Bathory. The only other tribunal in the Kingdom of Poland was in Piotrków Trybunalski.  Widely-practised corruption of judges and unjust sentences led to the dissolution of this institution. The most notorious case was a so-called a court of devils that supposedly took place in 1637. About 150 years later the building was redesigned by Dominic Merlini, a court architect of King Sigismund Augustus, and gained the shape we can see today.

Presently the Crown Tribunal serves the function of the Wedding Register Office. The cellars of the building are the starting point of the Lublin Underground Route.