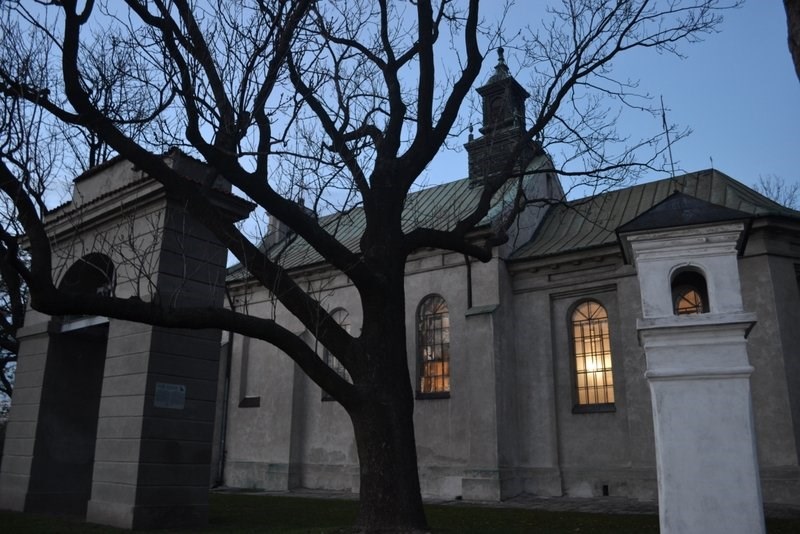 The nave and chancel were roofed with a barrel vault decorated with stuccos, which was built by the Lublin mason Piotr Traversi. The Classicist façade, church turret, church-porch and the bell tower were added at the end of the 19th c.

At the Baroque high altar dating from the second half of the 18th c. stands a late-Renaissance statue of St. Nicholas – the patron saint of the church. The Rococo side altar was made for the Dominican church in Lublin in the mid-18th c. in Sebastian Zeisel’s workshop in Puławy, but it was moved to St. Nicholas’ Church at the turn of the 20th c. The oldest element of the interior is a 17th-century wooden rood on a beam spanned under the chancel arch. The pulpit and the font were made at the beginning of the 20th c. in Wilhelm Hess’s Lublin scales factory.