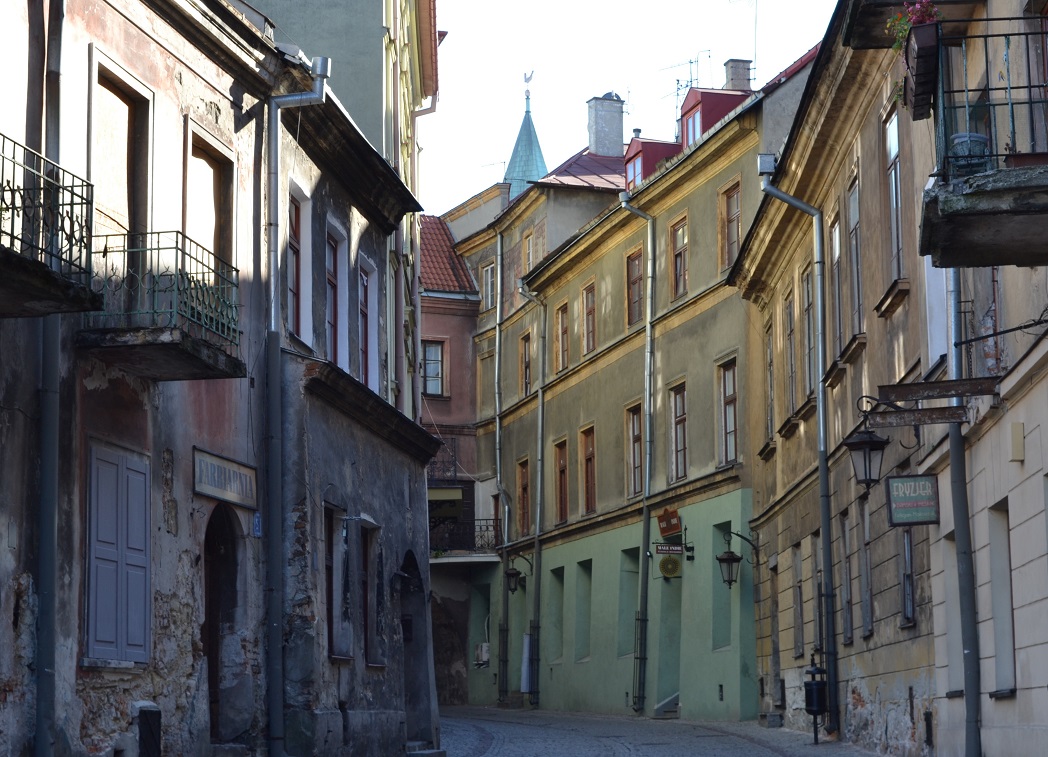 Rybny Square was a market place where fish caught in the Czechówka River were sold. The Pawęczkowska townhouse in the square, named after one of its owners, was originally meant to be a church of the Trinitarian Order but the death of its benefactor, Dominik Lubomirski, stopped the building works. Some people blamed the unfinished investment on the stone of misfortune which lay nearby at the time.