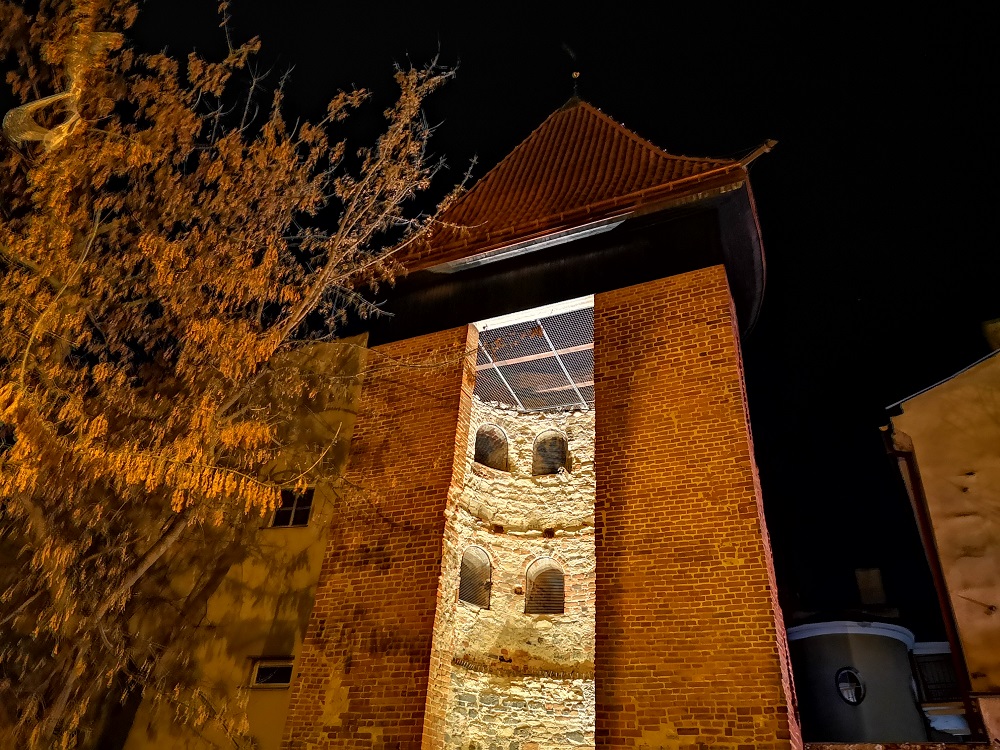 Located on the courtyard of Jezuicka street, the Semicircular Tower, also known as the Gothic Tower, is one of the oldest buildings in Lublin. It was built in the XIV century of stone and brick. It was part of the defensive walls erected by king Casimir the Great. Wooden platforms allowed defenders to access the embrasures.

In the Middle Ages, the tower served as a candle manufacture - thick church candles were made here with the use hemp ropes, down which hot wax was dripping into the molds. The tower was reconstructed in the 1980s. During the general renovation in 1993, the supposed form of the top of the building was reconstructed.

The wall visible on the right side of the Tower is the remains of the former city fortifications from the times of king Casimir the Great. It can be concluded from the surviving fragments that they were about 2 meters wide, and their height ranged from 4 to 12 m. The defensive walls were pulled down in two stages: in the 2nd half of the XVII century and in the 2nd half of the XIX century.

The renovation completed in 2021 gave the tower a new glow. Thanks to the illumination, the monument looks very interesting at night.