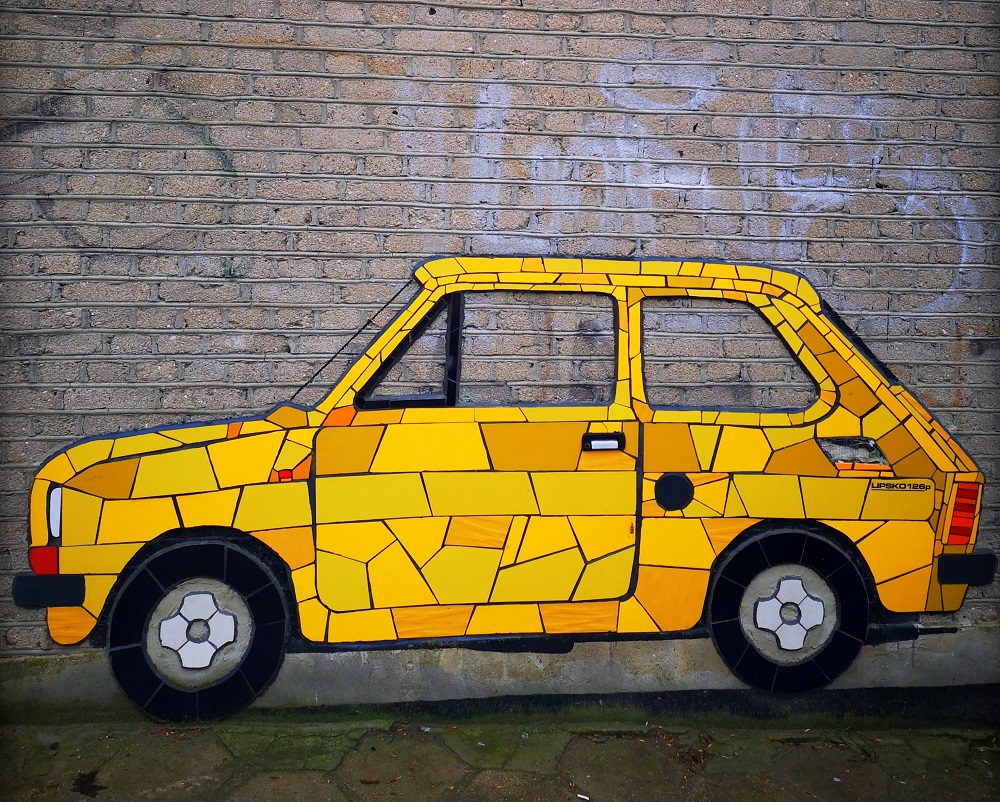 The district of LSM (Lubelska Spółdzielnia Mieszkaniowa) was established in the south-west part of Lublin, characterized by varied terrain. Its valleys and hills create a picturesque, upland landscape. In 1957, the previously farm territory was used to establish the Lublin Housing Cooperative, consisting of housing estates such as Mickiewicz's, Słowacki's, Krasiński's, Sienkiewicz's, Konopnicka's, Prus', and Piast.

The urban planners succeeded, above all, in the art of aesthetic and pragmatic reconciliation of the natural morphology of the area with the residential, service, and recreational composition of each housing estate. The individual hills received their own, innovative structure of the estate, which was located on it. Still, the LSM has retained a unified concept, which also deserves recognition. The newly created space was additionally equipped with numerous outdoor sculptures, giving it an artistic touch. The exemplary LSM program and its execution contributed to winning many awards and gaining recognition from the foreign urban planners.

Particularly noteworthy among the LSM housing arrangements is the very interesting Juliusz Słowacki's estate. It is the work of an outstanding architect, multidisciplinary artist, and distinguished educator Oskar Hansen, who was the author of the project together with his wife Zofia. Hansen, as a supporter of the Open Form theory, developed his individual concept, known as the Linear Continuous System, which was used in practice in the composition of this innovative housing estate. The author has successfully combined the reality and local conditions, making intense use out of the area entrusted to him. The layout of the estate was based on three long, winding buildings. Access roads have been almost completely eliminated, and the pedestrian routes within the estate do not find any common points with any road. The entire system is filled with beautifully composed greenery.

The Adam Mickiewicz's estate is also distinguished by a unique composition. The design by Feliks Haczewski is particularly rich in green areas. Efforts were also made to provide the inhabitants with the greatest possible variety of trees and shrubs, which are characterized by unequal flowering times. The symbolic point on the plan of the Mickiewicz's estate is one of the playgrounds, with a slide in the form of a "rocket", famous among the inhabitants of Lublin, attractive especially for the youngest.

An important part of LSM is also the Piast estate, where street names correlate with individual rulers of the Piast dynasty. Among the lush greenery, one can come across sandstone reliefs. They are the result of Lublin Art Meetings and the work undertaken by the outstanding Lublin sculptor Barbara Zbrożyna. The inspiration for the 3-years long project were the drawings by children - the inhabitants of the estate.

If you decide for a more thorough visit to Lublin, it is worth to direct your steps towards the LSM district, which at some point in history has become an architectural pearl of European housing estates. Its originality and unique atmosphere stands out to this day.