Heritage trail of the Lublin Jews: The Old Jewish Cemetery 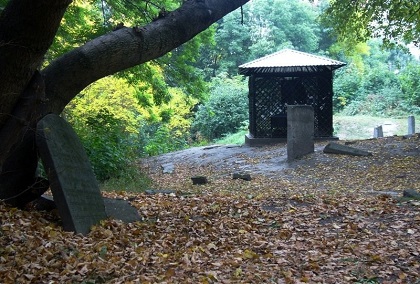 The hill on which the cemetery is located was originally a medieval stronghold. The earliest information about its existence dates back to the late 15th century.

The oldest matzevah in Poland preserved in its original place, belonging to the Talmudist Yaakov Kopelman (d. 1541), can be seen at the cemetary. A magnificent grave in the form of a traditional ohel is the resting place of the famous Lublin tzadik Yaakov Yitzchak Horowitz, known as the "Seer of Lublin" (d. 1815). There are also gravestones of Szalom Szachna (d. 1558) - the founder of the Yeshiva in Lublin, and Shlomo Luria, called Maharshal (d. 1573) - the rabbi after whom the main synagogue in Lublin was named.

The cemetery operated until 1829. During World War II it was a place of execution of Jews and Poles.

The key to the cemetery gate is available at the reception of the Ilan Hotel, the former Academy of Sages of Lublin, Yeshiva Chachmei Lublin (see: stop 7).