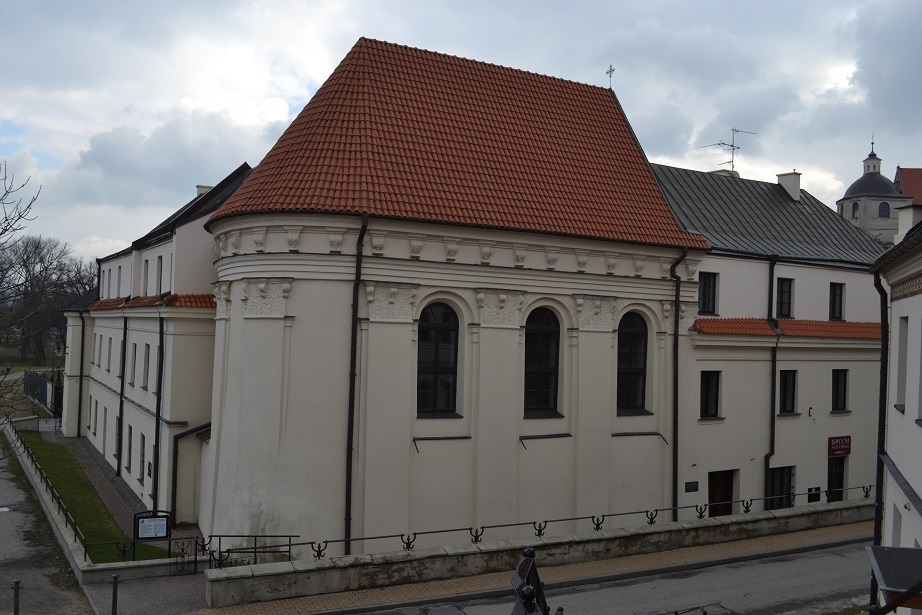 Designed by Rudolf Negroni, the church and the adjacent convent building designated for St. Lazarus hospital were built in the first half of the 17th c. As a hospital church, it was located outside the city walls on the site of an old wooden chapel and hospital from the second half of the 16th c.

The church features all characteristics of the Lublin Renaissance – it has no towers, only one nave, the chancel slightly narrower than the nave and terminated in a semicircular apse, and a barrel vault with stucco latticework and lunettes.

Inside the church there are three late-Renaissance altars, which were originally set in the Holy Trinity Royal Chapel. At the high altar hangs a 1661 painting by S. Janowicki depicting the Coronation of Our Lady.

The convent was often referred to as a Jewish house because in the 19th c. it offered accommodation to poor Jewish people.