Heritage trail of the Lublin Jews: The Castle Hill 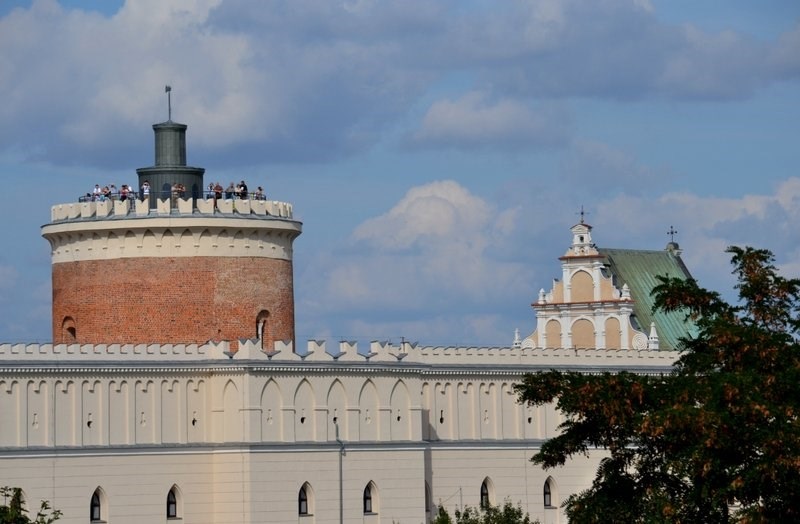 The Lublin Castle is one of the architectural and historical symbols of Lublin. It is believed that already in the VI century AD there was an early medieval settlement at the Castle Hill, as the natural values of the hill favored the establishment of a defensive, wooden structure. In the XII century it was a seat of a castellan, and in the XIII century a tower called donjon was built that we can admire to this day. The crucial date in the history of the castle was the year 1341, when the Tatars invaded Lublin. After this event, king Casimir the Great decided to built a brick castle in place of a fortified wooden settlement. Soon enough, in the area around the Castle Hill the Jewish district appeared that existed in this place for centuries.

Many of the Polish monarchs used to temporarily stay in Lublin and granted the city with numerous privileges. Among them king Władysław Jagiełło, who had the biggest contribution for the development of Lublin. He was the founder of the ruthenian-byzantine frescoes adorning the interior of the gothic Holy Trinity Chapel. In the years 1473-1476 a famous chronicler Jan Długosz stayed at the castle, dividing his time between his duties as a historian and the teacher to the sons of king Casimir IV Jagiellon. It was during his reign that the city became the capital of the newly created Lublin voivodeship.

Not much is known about the original look of the castle. These times are only remembered by the oldest buildings that remained to this day - the XIII Romanesque tower known as the donjon, and the XIV century chapel.

Standing on the Castle Hill, the Holy Trinity Chapel is a unique example of the fusion between Gothic architecture and Russo-Byzantine frescoes. It is one of the most valuable monuments of medieval art in Poland and Europe. The chapel is in the type of a two-storey, one-pillar temple, popular in medieval Latin Europe. Both floors have the same spatial layout. The upper floor has a square nave and a multi-sided elongated presbytery. Typically, the gothic, starry vault is supported on a huge octagonal pillar. The presbytery and the nave are separated by a rainbow arch.

At the beginning of the XV century, at the request of king Władysław Jagiełło, Russian painters under the direction of master Andrzej covered the interior of the chapel with frescoes in the Russo-Byzantine style. The work was completed in 1418. The paintings were made using the so-called wet plaster technique, which consisted of lime grout and finely chopped fibers. In one day the painters laid as much plaster as they could have painted over. This method of painting was laborious and time consuming, but also extremely durable. The composition of the paintings was created using the principle of descending hierarchy. The Trinity is placed on the vault above the presbytery. Slightly below one can see the seraphim, cherubs, and the Eucharistic themes. In the nave, however, the prophets, and the evangelical cycle are presented. The whole is completed by scenes from the life of Christ, Mary and the saints. An interesting fact is that in the Chapel you can see two of the three portraits of king Jagiełło that were painted during his lifetime.

In XVI, during the reign of king Sigismund I the Old, the castle was rebuilt in Renaissance style. A new entrance gate was built, the second floor was added, as well as a decorative attic.

The Lublin Castle was also a scene of many historical events, the biggest of which took place on the 1 of July 1569, when, during the General Seym of the Crown and the Grand Duchy of Lithuania, with the participation of king Sigismund August, the Polish-Lithuanian Union, known as the Union of Lublin was signed. It was the first interstate real union in Europe. A memento from this time are two out of numerous signatures scratched on the walls of the chapel. One of them, on the barrel casing of the stairs leading to the choir, also contains the Latin inscription "union fact Est cum ducatus Lytwanie" which means "union with Lithuania has been concluded".

During the time of the Swedish Deluge, king John II Casimir stayed at the Lublin Castle. Unfortunately, the wars of the XVII and XVIII centuries lead the castle into the state of ruin and subsequent demolition. In XIX century, in place of the demolished buildings, a prison was planned. A Neo-gothic building designed by engineer Jan Stompf, was erected between 1824-1826.

From the middle of XIX century until 1915 mostly political prisonners were put here, among them writer Aleksander Głowacki (known under the pen-name Bolesław Prus) and political activist Andrzej Strug. Apart from the Poles, also the Jewish people were held in the Lublin prison. In the years 1939-1944 the Castle was the seat of the gestapo prison, where aroung 3000 people lost their lives, including the inhabitants of the Lublin ghetto. Many of the prisoners were shot in mass executions in Czechowskie Hill, but the biggest execution was held on the 22 of July 1944, just before the Soviet army entered Lublin. In the years 1944-1954 the Castle served as a prison of the NKVD and Department of Security. Around 35 thousand people went through it and around 200 lost their lives.

In 1957 the Lublin Museum was created here and to this day it functions as the National Museum in Lublin. Rich collections are available in the archaeological, numismatic, ethnographic, and military departments. The famous painting "Union of Lublin" by Jan Matejko is exhibited in the painting gallery.

In 2008 the Castle Hill and the Old Town were distinguished by the President of Poland with the History Monument title. The Holy Trinity Chapel bears the European Heritage Label. 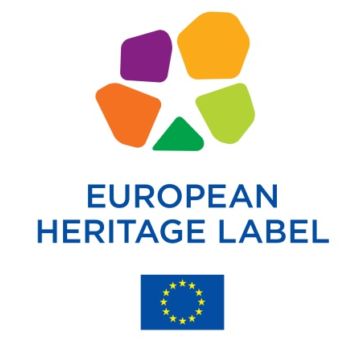