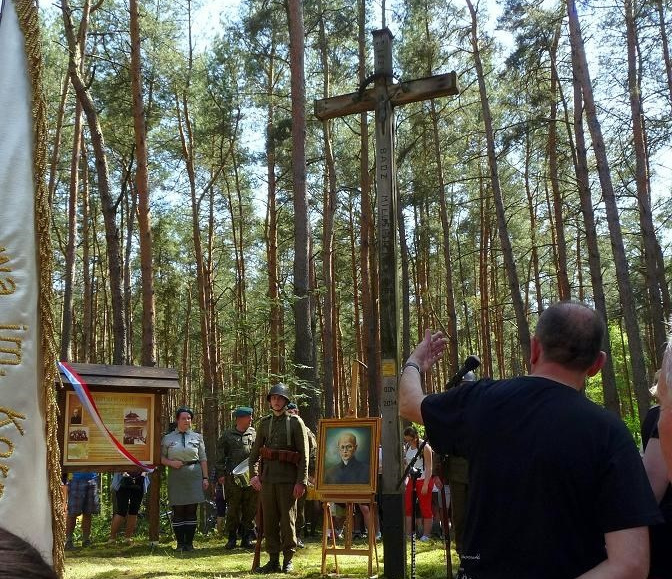 The trail lies in the Lublin Upland - within borders of the city of Lublin, in the former area of the royal village of Zemborzyce founded in 1364. It starts at Krężnicka street at the final stop of bus number 8. It runs over the bridge on the Nędznica River and enters the Rudki forest, which is characterized by a great diversity of forest landscape, from swamp forest to dune forest. Next, the trail runs through the place where once stood the retreat house founded by priest Mysakowski. A lonely surviving cross is the last witness of this building. Further on, the trail signs lead closer to the forest wall, bypassing the wetlands, to finally reach the bridge on the Bystrzyca River and the end stop of the bus line No. 25 on the border of Lublin and Prawiedniki. We cordially invite you for a walk on this beautiful path entwining sacrum, nature and history!

Priest Stanisław Mysakowski was born in Wojsławice on September 14, 1896. His pastoral and social activity focused on educational work among working-class youth and helping the unemployed. During the German occupation he was arrested on November 17, 1939 and taken to the Sachsenhausen concentration camp, and, subsequently, to Dachau, where he was murdered. During the beatification mass celebrated by Pope John Paul II in Warsaw on June 13, 1999, he was counted among the blessed.