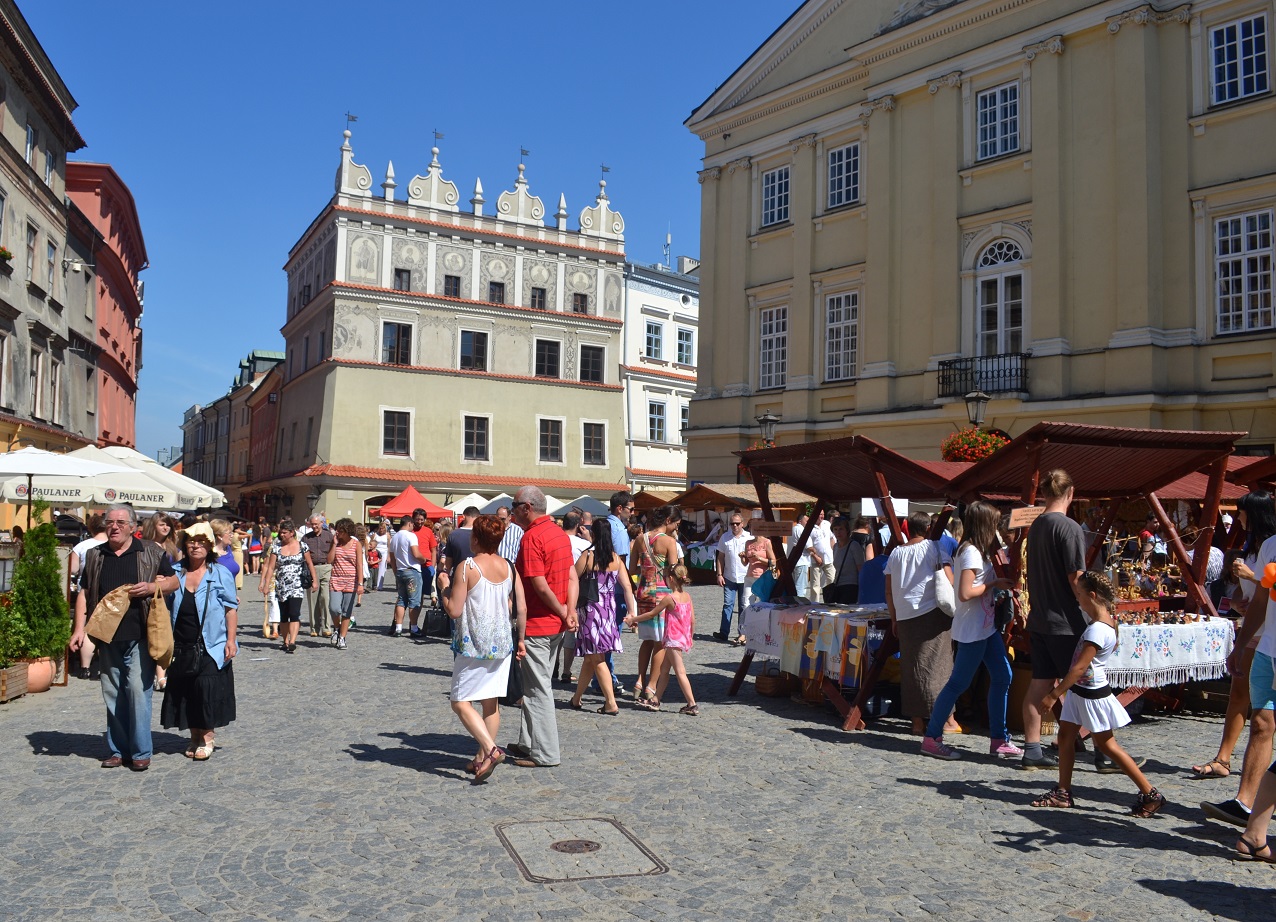 Centrally located Old Town Market Square in Lublin has irregular shape. Its location was conditioned by the buildings from before the town's location and the shape of the hill. It was officially outlined over 700 years ago, after Lublin had been granted a city charter (15th of August 1317).

The Old Town Market Square in Lublin has a well-preserved architectural structure. Around the square there are impressive burgher houses that form four frontages. The buildings were owned by rich citizens of not only Polish origin. Throughout the centuries a considerable amount Germans, Jews, Ruthenians, Armenians, Greeks, Hungarians, French, and Scots lived in the city.

In the XV and XVI century Lublin held a significant place on European trade trails. The square was a place of four annual fairs, which attracted merchants from afar - Turkey, Persia, Italy, France, and Hungary, among others. This period in Lublin’s history is considered to be its golden age.

In 1575 the great fire of Lublin consumed a significant number of wooden buildings in the square and new presentable brick burgher houses were erected in their place. Many of them have preserved their original exterior appearance and interior design.

In XVI and XVII centuries, in the Old Town Hall, located in the middle of the Market Square, resided numerous mayors, among whom there were the Italian, French, or German. Since 1578 until the partitions of Poland, the Town Hall was the seat of the Crown Tribunal.

Gothic, renaissance, baroque, and classicist architecture of the buildings standing around the Town Square and its nearest area, one can spot many cultural and artistic influences that reached Lublin from all over Europe. The classicist look was given to the Crown Tribubal by Dominik Merlini, an outstanding architect of Italian descent.

During the bombing in 1939 and 1944, some of the buildings around the market square were damaged. In the 1950's they were rebuilt and renovated. This is when the characteristic sgraffito decorations on the façades of many buildings were made.

Today the charming Market Square is surrounded with restaurants and cafes attended by the citizens and tourists. In the Summer, numerous cultural events are being organized here.