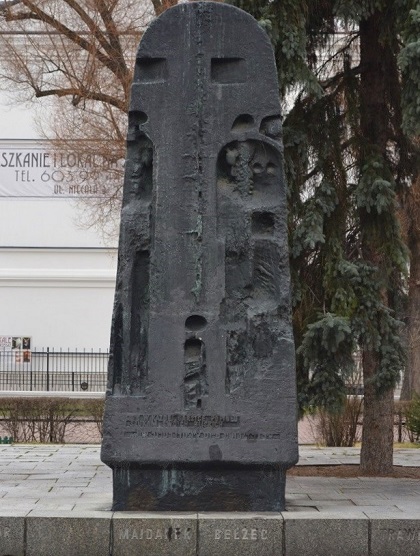 The monument by Bogumił Zagajewski and Janusz Tarabuła was erected in 1963 on the 20th anniversary of the liquidation of the ghetto in Lublin.

The Monument to the Victims of the Ghetto was moved to the junction of Niecała and Radziwiłłowska Streets. Originally, it stood on the Square of Victims to the Lublin Ghetto, between Lubartowska and Świętoduska streets.