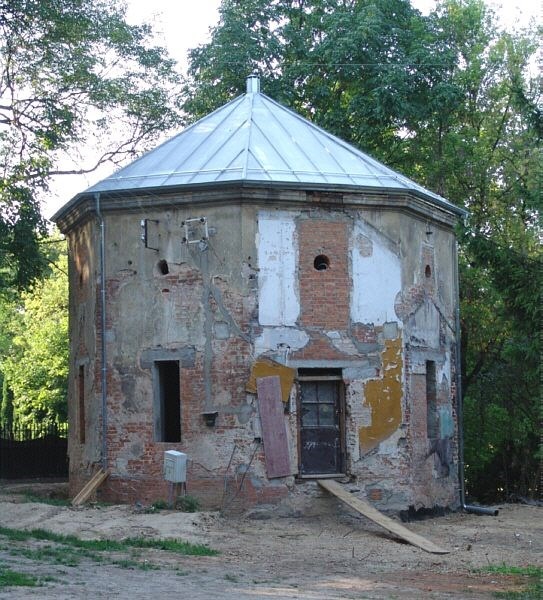 A small building of a characteristic octagonal shape standing at Długosza Street has an extremely interesting history. Executions took place there for several hundred years, as the building served as a city gallows.

The wooden building was erected in 1468 and then, in 1595, it was transformed into a stone building. The gallows is visible on one of the etchings from Hohenberg and Braun's work "Civitates Orbis Terrarum", showing the prospect of Lublin.

In the middle of the building a gallows was mounted with a trap below.

The convicts were led in the procession from the Cracow Gate. By the Holy Cross church they were given the Holy Sacrament and for the last time they were able to pray by the chapel of the Passion of Christ (at the corner of the Saxon Garden). The city executioner and his helpers were responsible for the organization of the conduct and the execution itself. Usually, the town residents would line along the way and, shouting, throw mud and stones at the condemned people.

In 1809, during the Austrian Partition, the building was transformed into a gun powder magazine was created.

Today, the former gallows remains in private hands and serves as... an apartment.