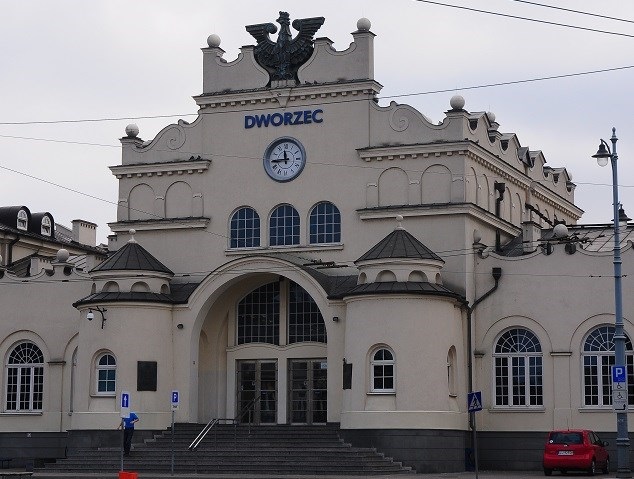 In 1877, a railway line connecting Lublin with Warsaw and Kovel, was open. The connection was known as the "Vistula Railway". It is worth adding that the train journey from Warsaw to Lublin lasted mere 7 hours. The location of the Lublin railway station away from the city center, in the industrial area of the village of Bronowice, was suggested by the province engineer Feliks Łodzia Bieczyński.

In 1877, one of the most magnificent stations along the entire route, designed by architect Witold Lanci, was built in Lublin. The station built in the official-Tsarist style was rebuilt in the 1920s in an eclectic style. The current appearance of the building is the result of a number of subsequent renovations carried out in the 20th century.

The station building is enlisted in the register of monuments of the Lublin Voivodeship.