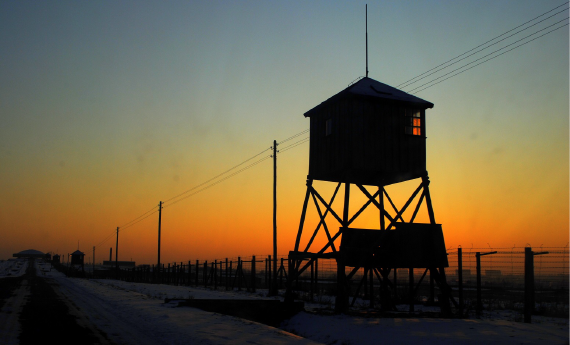 The German concentration camp under the name Konzentrationslager Lublin (KL Lublin), commonly called Majdanek, was created by the decision of Heinrich Himmler. It was designed to be a reservoir of free labor for the development of the Nazi empire in the East. It was located just behind the south-east outskirts of Lublin, by the road leading to Zamość and Lviv, in the village of Majdan Tatarski. It covered an area of ​​270 ha.

The camp operated from October 1941 to July 1944. The prisoners came from about 30 countries. Citizens of Poland (mainly Poles and Jews), the Soviet Union and Czechoslovakia (Jews) dominated. Apart from Jews and Poles, the most numerous ethnic groups were Russians, Belarusians, and Ukrainians. Prisoners were dying as a result of tragic living conditions, in executions, and were murdered in gas chambers. Of the approximately 150,000 prisoners who went through Majdanek, about 78,000 people lost their lives. The corpses were burned on funeral pyres and in the crematorium. The tragic history of Majdanek came to an end on July 23, 1944, after the Red Army entered Lublin.

After the liberation of Majdanek, an NKVD camp was organized there for the arrested members of the Polish Underground State. German soldiers were taken prisoner for some time in the barracks of the former camp.

Visiting the area of ​​the camp and using the services of the Visitor Service Center (cinema guides, publishing houses) is possible all year round - in winter only until dusk - except on Mondays, public and religious holidays. The permanent historic exhibition and the artistic installation "Shrine" are available only during the tourist season from spring until the end of October.