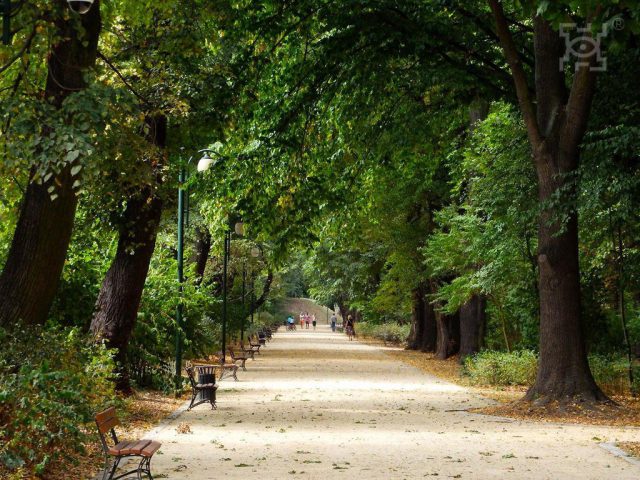 The idea of creating a city garden by the western border of Lublin came from the Chief City Engineer Feliks Bieczyński. The garden in the English style was probably designed by Vernier, a well-known landscape gardener from Puławy.

Works on an extensive municipal park, named ‘Saxon garden’ after a park in Warsaw, commenced in 1837. In addition to beautiful vegetation, the park featured a fountain, a sundial and a gazebo. Soon the place became a magnet for local residents who enjoyed spending time in this charming, tranquil scenery.

In 1889 a pseudo-Gothic porter’s house was built by the main entrance, which now serves commercial functions.