One day may be sufficient to get to know Lublin only if you start sightseeing bright and early. Most museums open at 10 a.m. so let’s begin our trip then. The meeting point is Litewski Square.

Historic records suggest that in the 16th c. Lithuanian noblemen resided here during the proceedings of the Sejm debating on the signing of the Polish-Lithuanian Union in 1569. This significant event is commemorated with a monument shaped like an obelisk. In the square there are also monuments to the Unknown Soldier, the Constitution of May 3rd 1791, and to Marshal Józef Piłsudski. Buildings situated by the northern side of the square used to be palaces owned by the Czartoryski Family, the Lubomirski Family or the Governorate authorities after the partitions of Poland. Opposite there is an impressive edifice of the Main Post Office in Lublin, which owes its present look to a reconstruction from 1921.

The part of Krakowskie Przedmieście between Litewski Square and the Old Town is lined with historic townhouses, which were transformed in the 19th c. into tenement houses. Decorative elements of the façades have survived on some of the buildings. Heading in the direction of the Old Town you can see two interesting buildings on your left – the 15th-century Church of the Holy Spirit and the New City Hall, the seat of Lublin’s authorities built on the site of the burnt-down church and monastery of the Discalced Carmelites.

Just opposite the Holy Spirit Church you will find the Lublin Centre of Tourist and Cultural Information (LOITiK). It is the best place to get maps, guidebooks and promotional brochures about Lublin and the Lublin Region and to buy interesting souvenirs. After leaving the LOITiK we will turn right.

The symbol of the city and one of the most beautiful landmarks in Lublin, it connects the City Centre with the Old Town. The gate owes its name to the historic royal route leading from Cracow, via Lublin to Vilnius. It served as a defensive structure, an observation tower for the fire rescue, and a residence of the clock-master operating the clock. The gate also had a trumpeter who would play a bugle call. Presently it is the seat of the Lublin History Museum. 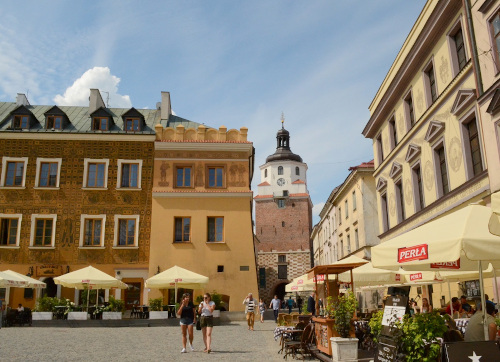 The State Museum at Majdanek 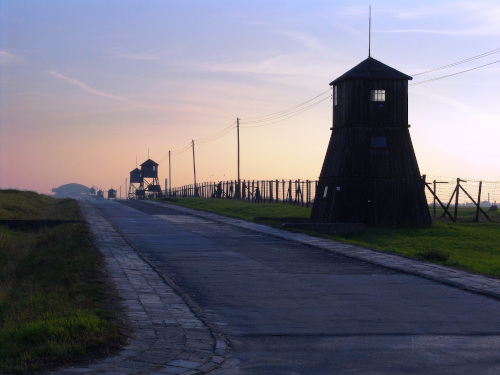 A German concentration camp that operated from October 1941 to July 1944. According to the latest research ca. 80,000 prisoners lost their lives there. In November 1944 on the grounds of the former camp, a state museum was established with a mission to preserve the memory of the victims of the Nazi occupation during World War II. (Address: Droga Męczenników Majdanka 67, 20-325 Lublin)

*The State Museum at the former concentration camp at Majdanek is an important and tragic chapter in the history of Lublin. Visiting the place is not advised to people under the age of 13.

Other places well-worth seeing include the Open Air Village Museum, the Botanical Garden and Zemborzycki Lake. 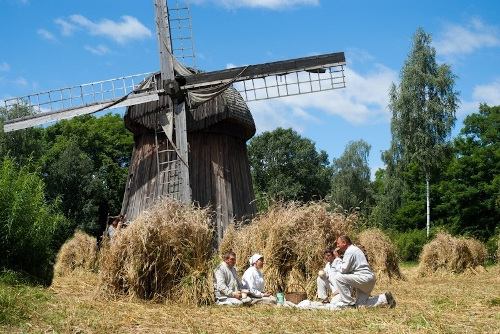 While strolling around the museum it is easy to imagine that you have gone back in time. There you will find well-preserved historic farmsteads, wooden churches, windmills and cottages with original interiors and agricultural equipment. The museum is divided into regions: Lublin Upland, the Roztocze, the Vistula River Region, Podlasie, Lublin Polesye and the Bug River Region, and into manor and town sectors. (Address: Aleja Warszawska 96, 20-824 Lublin) 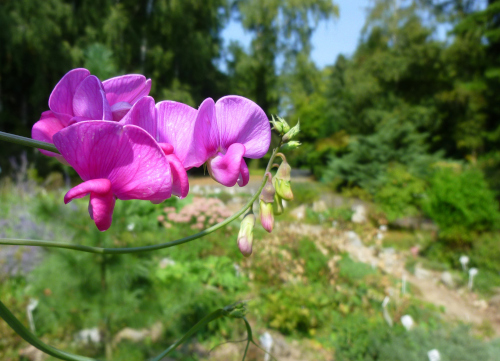 The scenic location and the botanical diversity of the garden give a fantastic impression. Situated on a partially forested loessial ill, the place features collections of about 1,600 species of trees and bushes, 3,000 types of garden plants and 1,600 species of greenhouse plants. There is also a historic manor of the Kościuszko Family, which was once frequented by Thaddeus Kosciuszko. (Address: 3 Sławinkowska Street, 20-810 Lublin) 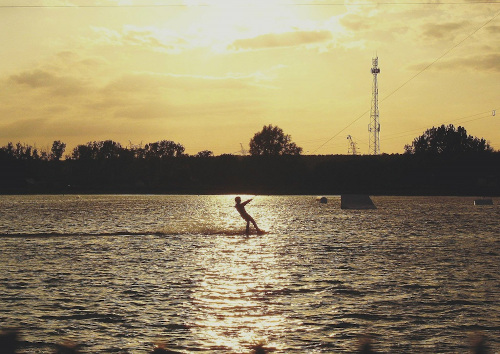 This impressive artificial water reservoir was created on the Bystrzyca River in the years 1970-1974 through joint free work of the local community. It is a perfect place for rest and relaxation offering cycle paths, outdoor swimming pools (Sunny Wrotków Resort), water ski lifts, water sports, Nordic walking, angling and other attractions. If you prefer less active ways of relaxation, take a gentle stroll around the lake or lie on the grass and enjoy the beautiful scenery.