Lublin, situated on the hills, has some amazing viewpoints. Unique architecture of the Old Town creates the unforgettable atmosphere. We present you some places that will help you to capture the amazing panorama of Lublin. That's where the view is the best! 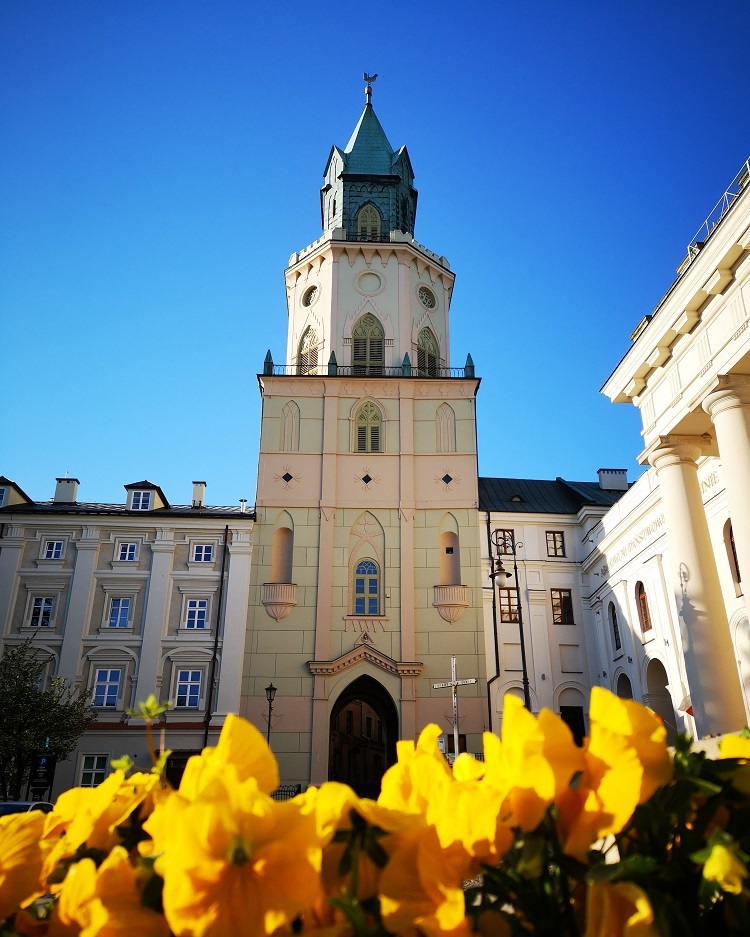 The impressive tower used to be an inconspicuous wicket leading to the buildings of the Jesuite college, adjacent to the city walls. Only after the renovation in 1819, according to the project of Antonio Corazzi, the 60 meter-high tower became the dominant point of the city landscape. The Archdiocesan Museum of Sacred Art is located inside the tower, with its collection of sacred sculptures from the Lublin region and many other interesting exhibits. The last floor is an observation deck from which you can admire the panorama of Lublin. To get there the visitors need to overcome 207 steps. It's definitely worth it. 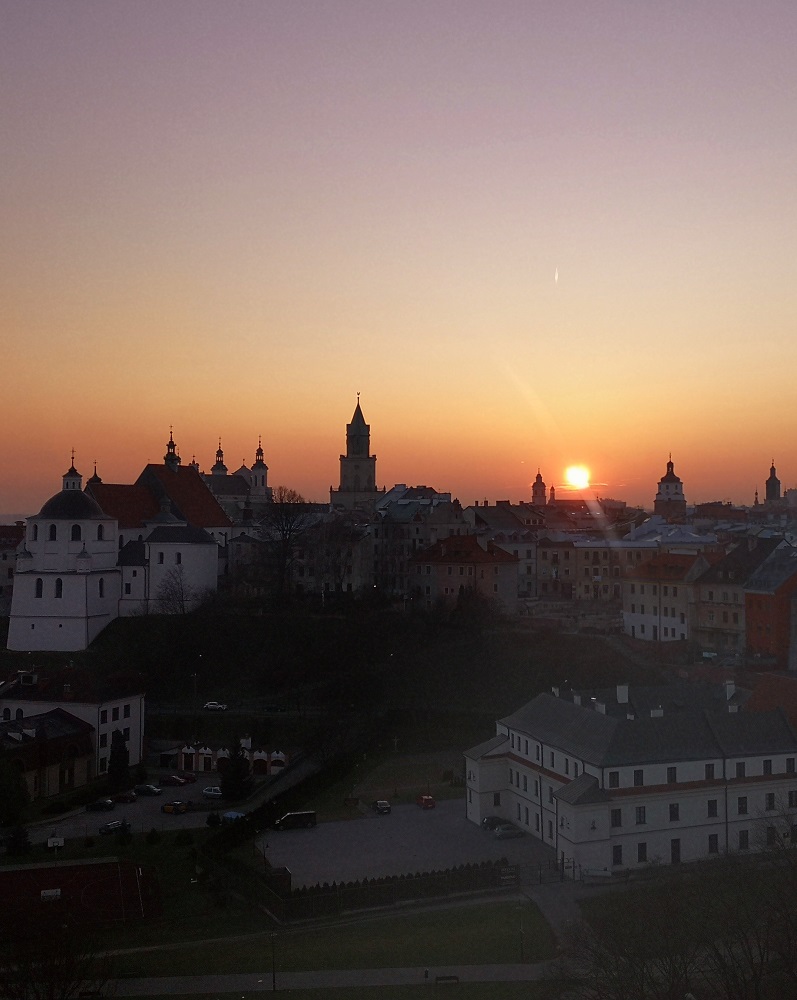 The romanesque tower is the oldest building at the Castle Hill. It was erected in the 2nd half of the XIII century out of stones and bricks. The tower is about 20 meters high and at it thickest point it reaches even 4 meters. The highest level is illuminated through a biforium - a window divided with a stone column, characteristic for romanesque architecture. On the top of the tower there's a viewpoint with a wonderful view over the Old Town and the nearest area.

3. The terrace at the Centre for the Meeting of Cultures 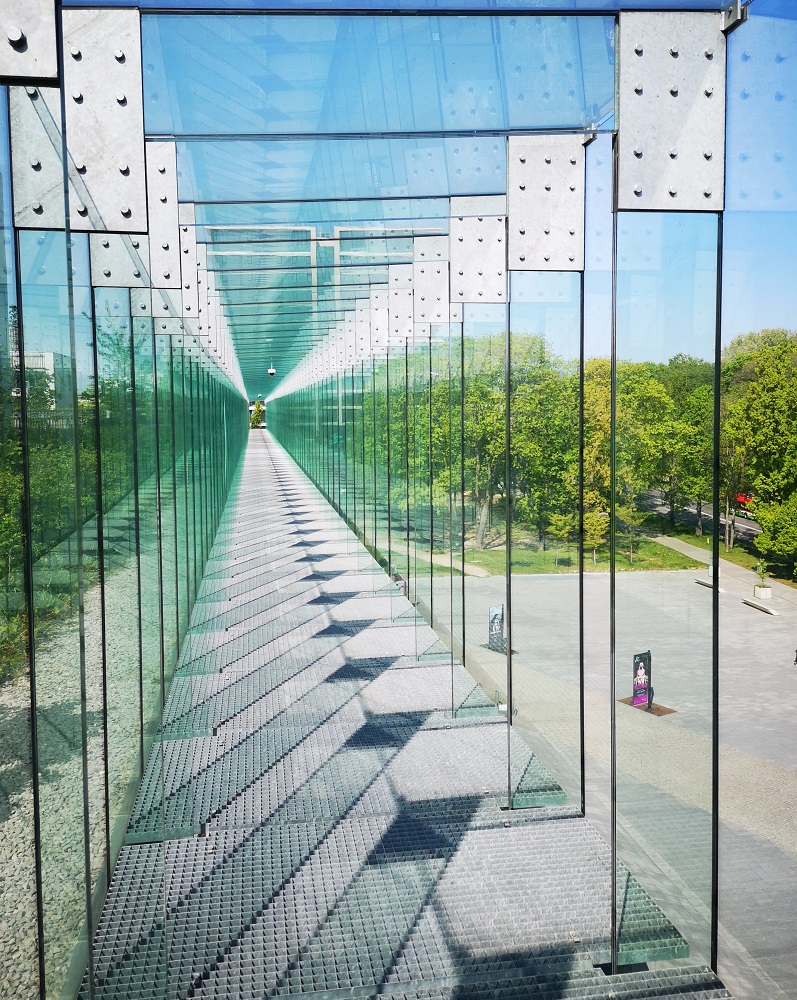 Impressive, modern silhouette of the Centre for the Meeting or Cultures was designed by a renowned Lublin architect, Bolesław Stelmach. The industial arrangement is crowned with green terraces, overgrown with plants typical for the Lublin Region. City Artistic Apiary is located there as well. While strolling through a glass corridor under the open sky, you can have a look at the city below. Wow! (Don't forget about a selfie). 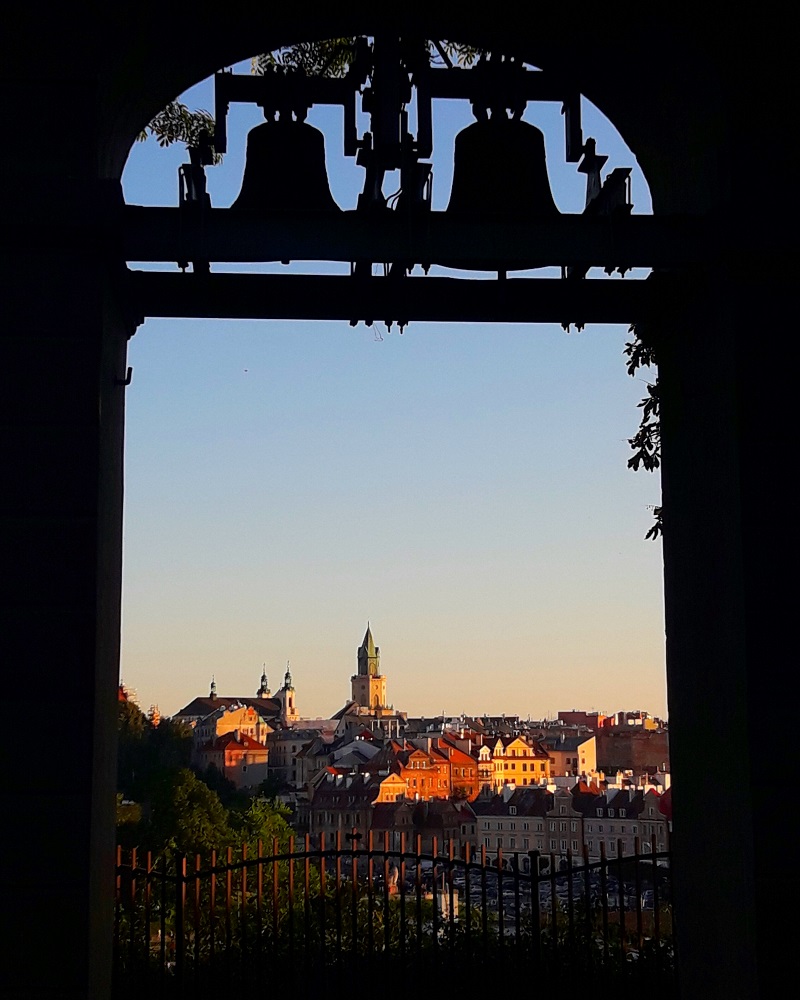 One of the earliest settled parts of Lublin, the name of which is related to the Thursday fairs held there in the past. On the slope above the valley of the Czechówka River, probably in the X century, a wooden church of St. Nicholas was built. In the first half of the XVII century it was rebuilt in the type of the Lublin Renaissance. The vast panorama of the city seen from this place is impressive - especially at the golden hour. The photo by Patrycja Maczyńska is the best proof of this.

5. The green roof of the Vivo shopping mall 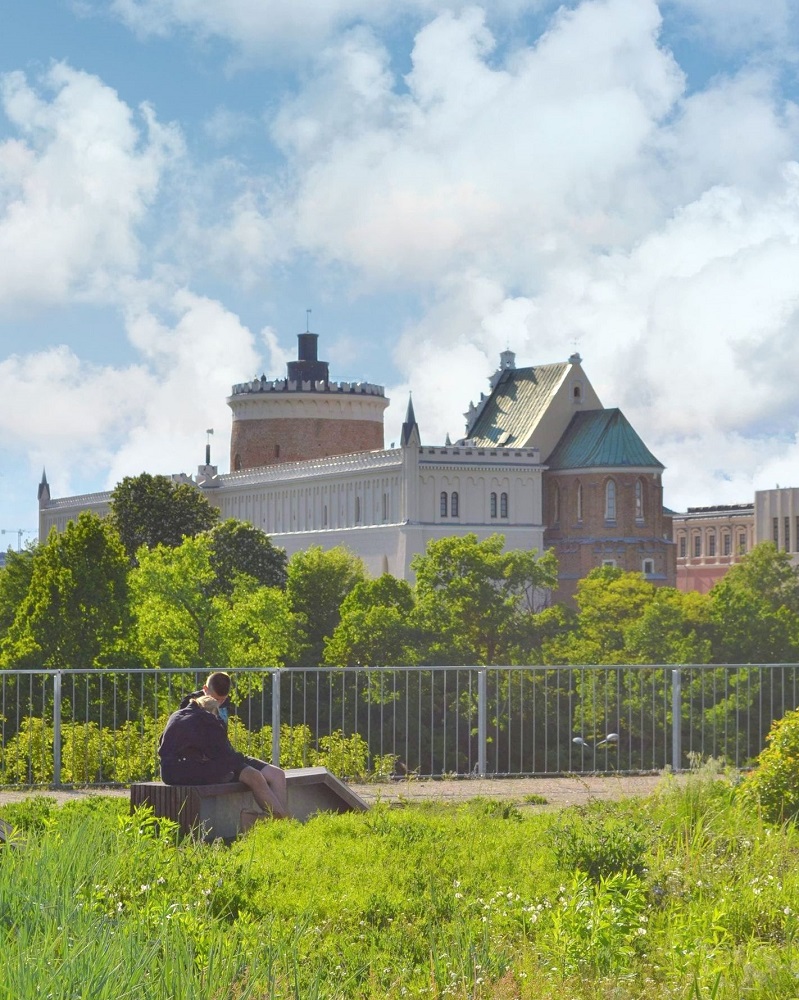 After tiring shopping session it's time to catch a breath. To do that it's worth to visit the roof of the Vivo shopping mall, where a green area in the middle of the city can be found, with its alleys, multitude of plants, benches, and a great view over the castle and part of the Old Town, including the Dominican Friars church and monastery. No need for further incentives. 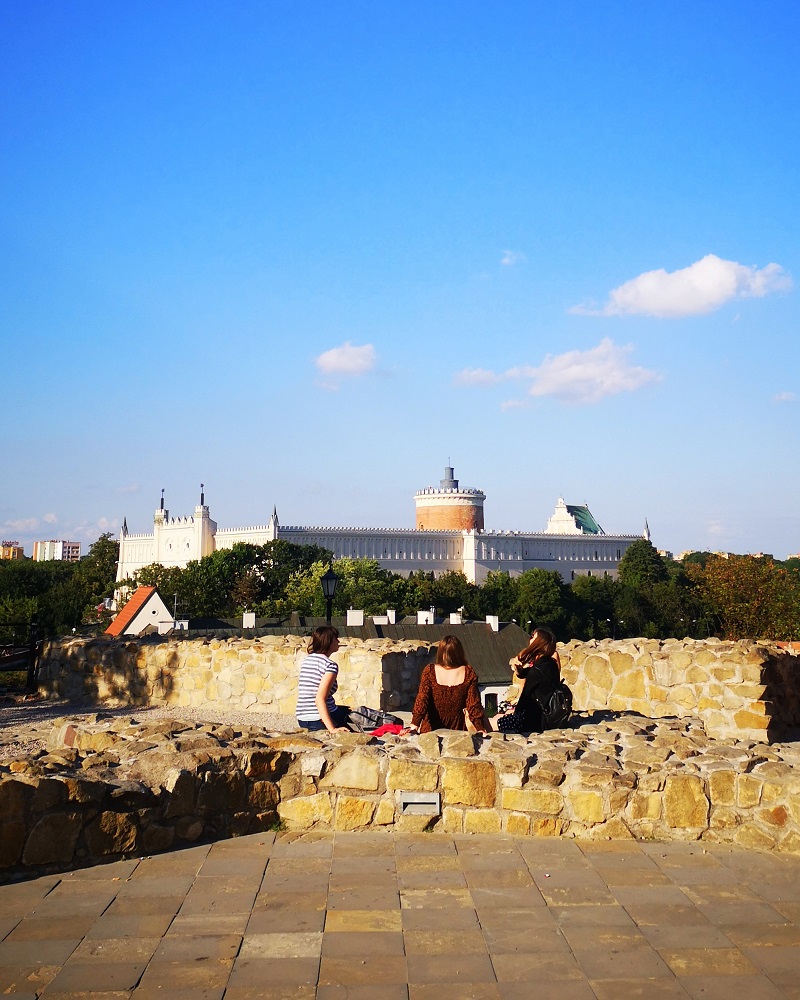 If you look for a good spot with a view over the Lublin Castle, this is the place. The name of the square comes from the fact that for a few hundreds years the St Nicholas the Archangel's church used to stand here. It was the first parish church in the city, hence known as the Fara. It was most probably built in the XIII century. According to the legend it was founded by the duke Leszek the Black as a votive for victory over the Yotvingians.

7. The cycling path by the Bystrzyca river 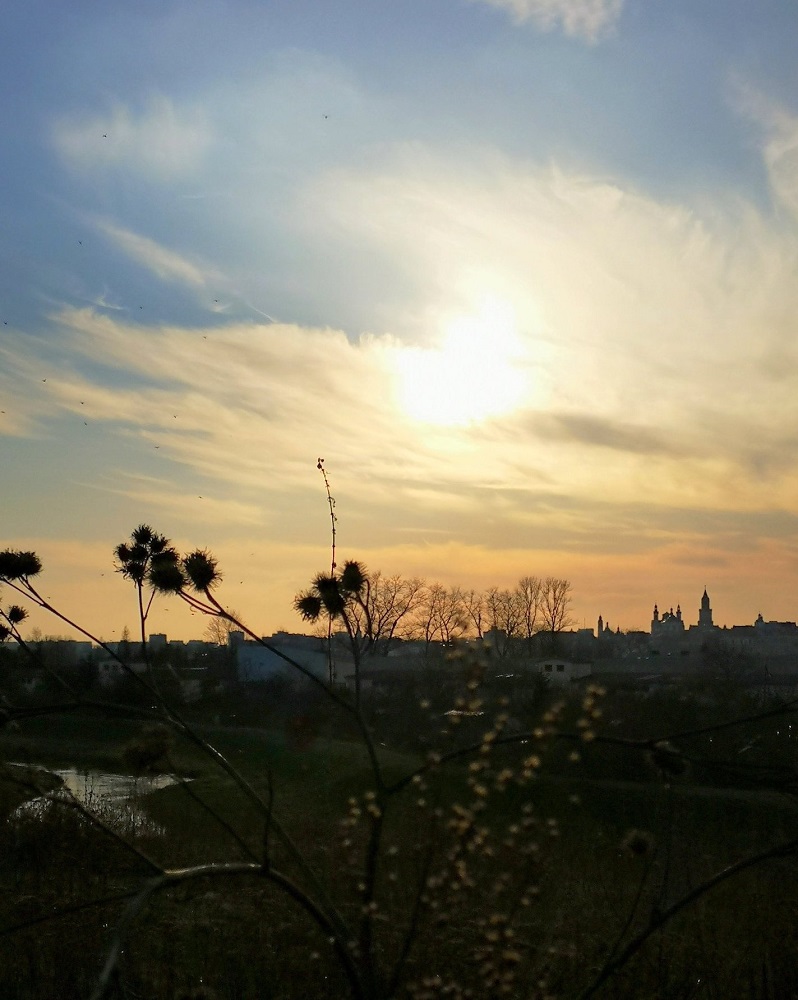 "Lublin crouched on its pasture. All by itself - with the silence." – that's how Józef Czechowicz wrote about the city in "A Poem about Lublin". We are almost sure that the poet was inspired to write these words by a walk along the Bystrzyca river, near the current Tatary district, in the eastern part of the city. To you we also recommend a walk or a bicycle trip. Lublin is perfectly visible from here.

8. The backyard at the Jezuicka street 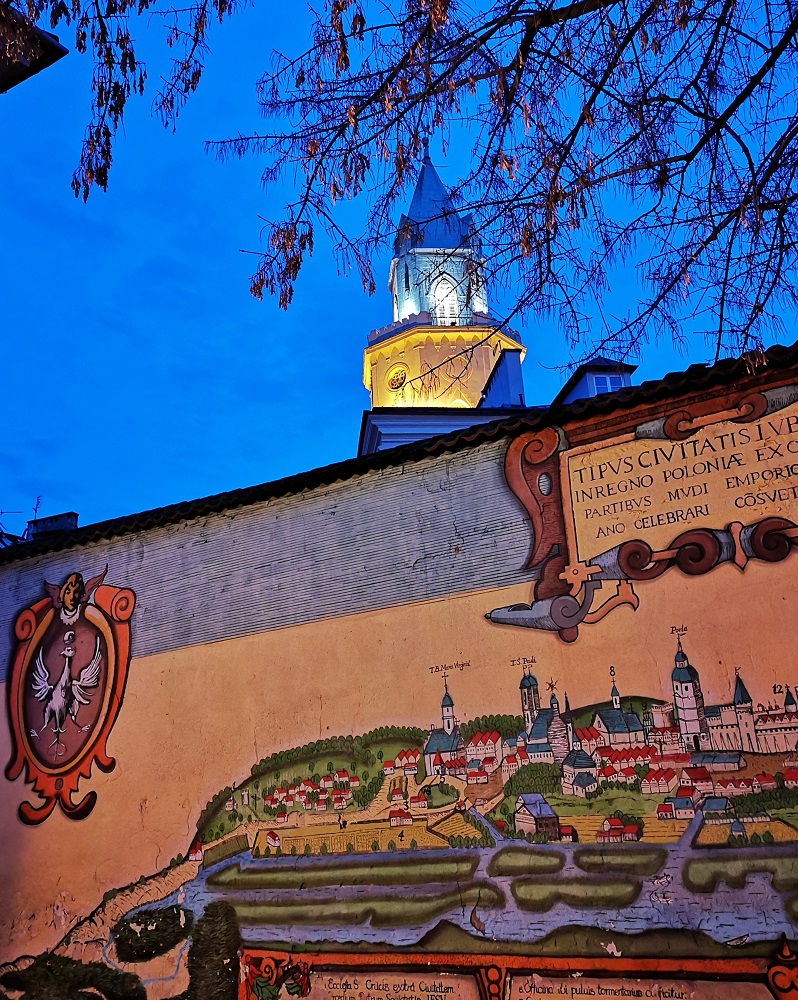 The most famous view of Lublin comes from "Civitates orbis terrarum", a work by Braun and Hogenberg, printed in Cologne in 1618. The view presents the city during the "golden age", so at the turn of XVI and XVII century. In one of the backyards at Jezuicka 1 street an impressive mural presenting the aforementioned view was created.