Heritage trail of the Lublin Jews: The site of the former synagogue complex 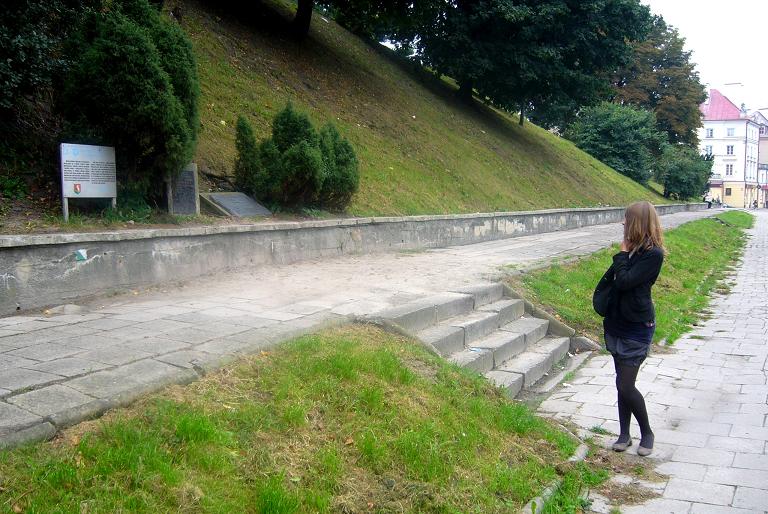 The largest synagogue in Lublin stood at the foot of the north side of the Castle Hill, where the Tysiąclecia Avenue currently runs. The Maharshal Synagogue, also known as the Great Synagogue, was built in 1567. It was named after rabbi Szlomo Luria, nicknamed Maharshal-Szul. Soon another, smaller Maharam synagogue and the little synagogue Szywe Kryjem were added to it. In total, over 3000 of people could pray here at once.

The temple was rebuilt several times, for the first time after 1655, when it was seriously damaged as a result of the Cossack-Moscow raid. In the years 1855-1862, the synagogue building was rebuilt after prior collapsing.

The synagogue complex was located at the now non-existing Jateczna Street and was demolished by the Germans in 1942, after the liquidation of the ghetto.

The place is commemorated by an obelisk with a metal relief depicting the Great Synagogue, as well as a memorial plaque informing about the Heritage Trail of the Lublin Jews.